The other day I got an email from Lot Lorien, a Bulgarian folk band now resident in Coventry. Further more they sent me a copy of their CD Elsewhere and it's musical alchemy!

The beautiful Tolkien style cover of their album Elsewhere.  The album is a joy to listen to with elements of Pentangle, Everything but the Girl, All About Eve and Bulgarian traditional music.


Lot Lorien
Lot Lorien is a British progressive-folk band, combining in a modern way the traditions of British and Bulgarian folklore with classical music, jazz and progressive rock. Some of the main influences can be found among great musicians and bands like Theodosii Spassov, Fairport Convention, Dando Shaft, Pentangle, Rush, Steeleye Span, etc.
The band, initially Bulgarian, first came into existence in 1996, when the founders - Kiril Georgiev (guitars, lyrics, compositions) and Zlatomir Valchev (drums, percussion) were joined by Petar Pavlov (bass). After number of experiments and line-up changes the band were joined by Bora Petkova (vocals), Galina Koycheva (violin) and Nelly Gancheva (cello, for few concerts).
Being ardent fans of English fiction writer John R. R. Tolkien, the band members were inspired to choose their name by Tolkien’s Middle-earth works (the place where the stories of "Hobbit" and "Lord of the Rings" unfold). Lothlorien is the fairytale woods kingdom of the Galadhrim elves where time seems to have stopped and every stranger entering this land forgets all worries and pending threats. Inspired by this standstill of time, Lot Lorien (they choose to spell the name as two separate words) begin to create music evocative of fairytale images that prompt the listener to forget their mundane worries.

Lot Lorien’s first serious performances started in 1998. Joined by Alexander Kinov (sound engineer, technician) and Yasen Kazandjiev (manager), the band made its first concert in Varna on February 14th 1998. The date is accepted as the official birthday of Lot Lorien.
With the course of time, the band’s specific sound and style started to evolve and take shape with the great contribution of band’s songwriter Kiril Georgiev and the non-standard use of instruments: acoustic guitar, violin and gentle female voice were successfully combined with synthesizer, bass guitar, drums and different folk instruments like tapan, tabla, djembe, darbouka, didgeridoo. Unique handmade instruments crafted by the band members themselves also found a place in the compositions.
In 2000 the band started touring abroad and was warmly accepted by international audience and promoters.
After numerous successful concerts and demo records (some of them broadcast on the air), it was time for the band’s first album "Eastern Wind". The album was recorded in the summer of 2002 in Balkanton studio (Sofia/Bulgaria) with the legendary sound engineer Deyan Timnev and with the special support of Rudolf Carrera - founder of Falcata-Galia Recordings and president of Carrera Linn Cultural Exchange (USA). Renowned young opera singer Ina Kancheva was guest performer in one of the compositions included in this album.
New events and shows followed, and the creation of new compositions. At the beginning, Lot Lorien were experiencing strong influence from classical music and English folklore and later their style and sound were enhanced by inspirations of jazz, progressive rock and Bulgarian folklore.

2003 started with one of the most interesting collaborations of the band with the great musician Theodosii Spassov *. The first result of this collaboration was the participation at the Mobimak Balkan Square 2003 festival in Ohrid, Macedonia where Lot Lorien played their rearranged compositions with the serious contribution by the great Bulgarian musician. This and the following shows enjoyed great success. The concert in Ohrid was recorded and part of it was later released under the title "Live in Ohrid", the second album in the band’s discography.
* Theodosii Spassov plays kaval - chromatic end-blown flute traditionally played throughout Azerbaijan, Turkey, Bulgaria, etc. Unlike the transverse flute, the kaval is fully open at both ends, and is played by blowing on the sharpened edge of one end. The kaval has 8 playing holes (7 in front and 1 in the back for the thumb) and usually four more unfingered intonation holes near the bottom of the kaval. The name kaval may once have been referred to various Balkan duct and rim-blown flutes, accounting for the present day diversity of the term’s usage.
In 2003 Lot Lorien also became a member of IOV - a UNESCO affiliated International Folk Arts Organization.
Gradually the band started touring abroad more frequently, presenting its original compositions and interpretations on Bulgarian folklore tunes. By that time some music videos were created by the famous Bulgarian director Todor Chapkanov – friend of the band. The first music video was for the song "Mari Mariiko" - based on folklore song from the Strandja mountain region of Bulgaria.

The end of 2005 set the beginning of an ambitious project of working title "Lot Lorien and Friends". The band purchased their own professional equipment and established a home studio, which provided them with creative freedom for experimentation. At the end of 2006, an album including 12 compositions was a fact: recorded and mixed in the band’s studio. Featuring in this album were numerous guest musicians whom Lot Lorien had met and worked with in Bulgaria and abroad: Roman Stolyar (Russia): flute; Latif Bolat (Turkey/USA): vocals; Nikolay Yordanov: flute; Dragni Dragnev: bagpipe and kaval; Petya Dragneva: folk singing; Maryana Cvetanova-Milanova and Dilyana Cvetanova: violin; Christian Nedelchev: rebeck; Snajen Kovachev: vocals; 84-year old Kiro Dikov from village Brodilovo: vocal; Georgi Konstantinov: lyrics; Rey Gonzales: lyrics. The album was released at the beginning of 2007 under the title "Lot Lorien". One of the most interesting collaborations included in this album is the song "Ballad for The Lost", based on improvisations with certain ideas and gradually upgraded with numerous instruments, including small string orchestra, bagpipe and tabla (used for the first time in band’s composition). The "icing on the cake" is Latif Bolat, a long-time friend of the band and renowned Turkish composer/musician living in the USA, famous for his collaboration with George Lukas on the soundtrack of "Young Indiana Jones". Latif and Bora (vocals) produced an interesting multi-language vocal dialogue: Bulgarian lyrics by Lyuben Karavelov and Turkish lyrics by Turkish medieval poet Yunus Emre. Tunes from Turkish folk song are incorporated at the beginning and the end of the composition. This song becomes one of the award winners in the contest for intercultural dialogue "Other songs" of Euromedcafe (held under the auspices of the Directorate for External Relations at the European Commission, Anna Lindh Euro-Mediterranean Foundation for Intercultural Dialogue and Fondazzione Mediterraneo).
In 2007 Lot Lorien decided to join "You Are Not Alone" initiative to support the Bulgarian nurses retained in Libya. Apart from a series of concerts in connection with this initiative, with the support of Stefan Sofiansky and the Union of Free Democrats, Lot Lorien released a special edition of their latest album of which each member of the European Parliament received a copy.
In 2008, after a couple of concerts, the band split with its long time manager Yasen Kazandjiev. At the end of this year the band celebrated its 10th anniversary with a grand concert in Varna Opera House where the musicians present their recent and earlier compositions and create a conceptual multimedia and special lighting for each song.
In 2009 Lot Lorien continued their work with composing and arranging songs for their next album. They had some participations as well, one of which was at the prestigious Spirit of Burgas festival, rated among Europe’s 10 best summer festivals for 2009.

2010 was year of dramatic changes for the band: Bora and Galina stepped out but their withdrawal was compensated by Yordan Danev, a virtuoso accordionist who joined the group - a perfect team player and inspired composer and arranger. Yordan Danev contributes to the band’s richer and more diversified sound. Of course, the band would be incomplete without suitable vocals and after a long search, at the end of 2010, Lot Lorien were happy and proud to welcome Gergana Velikova, a young singer who instantaneously fused in the band with remarkable vocal range and technique. With Yordan and Gergana on board, Lot Lorien were active once again and started preparations for their successive album and concert performances.
On February 14th 2011, the band’s 13th anniversary, the new members were officially announced and a new webpage and video was launched. Тhe video was created by the team of the young movie director Stoyan Yankov after the instrumental composition "Different faces" from Lot Lorien’s forthcoming album "Elsewhere". It is the beginning of a new great collaboration.
The main engagement for the band during 2011 was creating and finishing the compositions for the forthcoming fourth album. At the end of the year 11 compositions were recorded.
At the beginning of 2012, the band started mixing the album. During the summer of 2012 Lot Lorien won the audience’s prize at Golden Spring Festival – a competition for new Bulgarian pop and rock song, produced by the Bulgarian National Radio.
The new album "Elsewhere" was mastered at the end of the summer and after a competition made by the band, the visual design was created by Dilyana Delcheva – journalist at Metal Hammer magazine for Bulgaria and professional designer for bands like Sonata Arctica, Dreamtale, Absinthium, Gothmog, Leviathan, Amaseffer, etc.
At the middle of September, the band participated at the Festival for new pop and rock song Sofia 2012, where they won the audience’s prize, after voting with SMS messages. The earnings from the SMS messages were meant to support the National charity campaign "Let's be better" which is initiated by the municipality of Sofia for building of a Center for treatment and rehabilitation of people injured in accidents and people in "awakening coma". Lot Lorien won the prize with "Gypsy song" – composition from the new album, which had its video released soon after that. The video was created by Stoyan Yankov’s crew again. At the end of September the band started a small tour to promote "Elsewhere" around Bulgaria.
In May 2013 Lot Lorien won "Varna" reward (Music category) - prestigious reward given by the Municipality of Varna for great achievements in the fields of culture and education.
A few months later Gergana left Bulgaria and she was replaced by Hristiana Dynkova - young, charismatic and very talented singer, winner of many international rewards and student at the Bulgarian Music Academy - Sofia/Bulgaria. With Hristiana on board, Lot Lorien released one new song and won two prizes at the International Music Festival Discovery 2014.

The summer of 2014 marked a serious change. It was time for a new beginning in the band's career - Kiril,/songwriters in the West Midlands, well known for her enigmatic voice and charisma...
Zlatomir and Alexander move to Coventry / United Kingdom. The area is well known with its music traditions and connection with folk bands like Pentangle, Dando Shaft, Fairport Convention, etc - some of them are recognized as a huge influence on Lot Lorien. Soon after their arrival, the musicians were joined by Justine Watson - one of the best folk-singers
... To be continued... 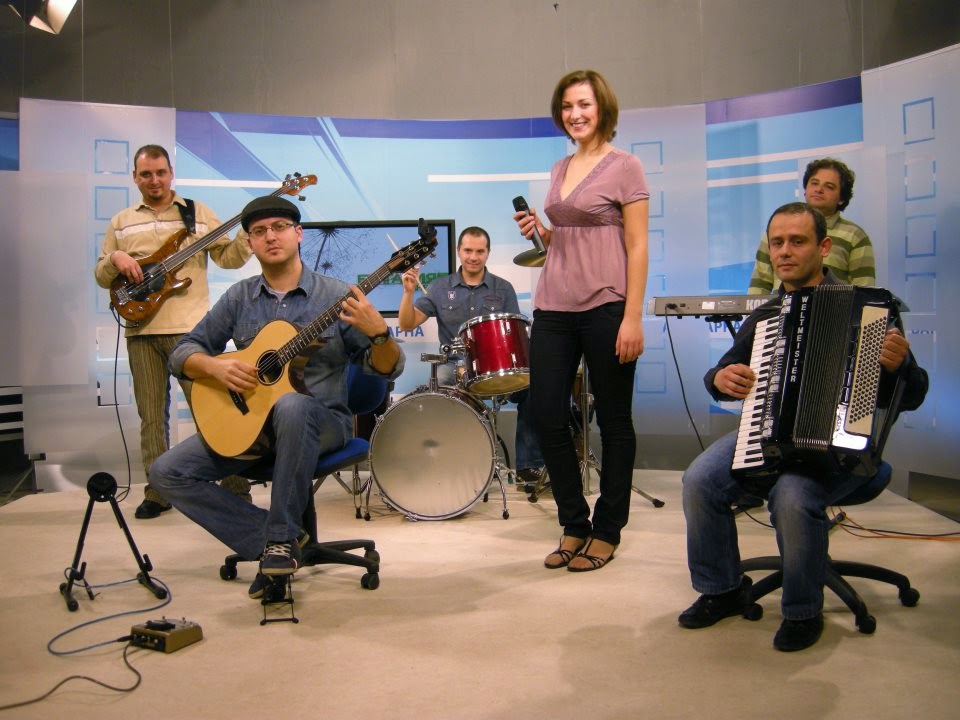 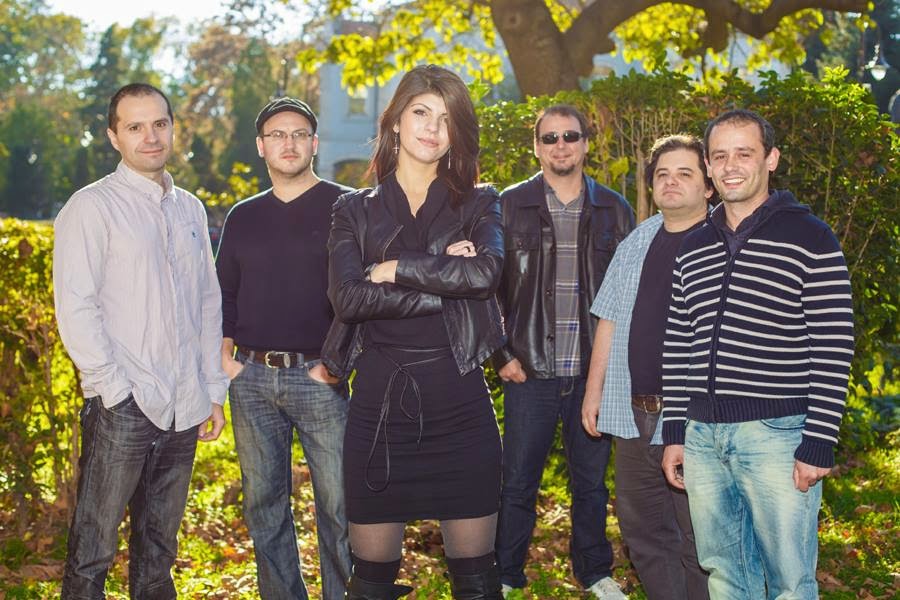 Below with the current line up based in Leamington Spa.

Posted by Coventry Music Scene Archive at 11:26 AM No comments: