I've created a NEW site for Rod Felton and his music. Not all of 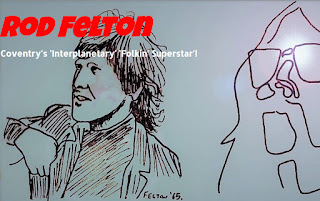 these tracks are on the site as yet but will be. The site is still in progress but already a lotof material on the site.The link is here
https://rodfelton.blogspot.com/

You can read MORE about Rod Felton hereon this site - http://coventryfolkclubs.blogspot.co.uk/2011/07/rod-felton.html 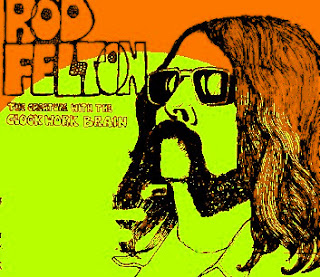 Rumour has that Rod Felton made an album for Pye Records in the 70's.There are tapes but nothing has surfaced so far. We believe it was through  Barry Murray and Harry Simmonds – managers and producers of Mungo Jerry, Savoy Brown, Chicken Shack etc.

However, a number of people have uploaded live tracks on Soundcloud or Youtube or sent copies to me for this site. So I've created this hub page for those 20 odd tracks.They remain on the original sites but are linked here to make a kind of double album.If anyone else has any tracks they have uploaded of Rod's or want to send them to us for this page,please do so. You can send them here hobozine@googlemail.com

Thanks to those who have uploaded or supplied material linked or added to this page and they are Marko Krnjulap, Dave Cooper (of Dando Shaft), Russell Smith of Bam Bam Music Productions, John Silver of The Falcon Hotel, Bromyard. Norman Wheatley of Gentlefolk Radio and Pete Clemons and Jan Felton.

Track One - Curly by Rod Felton

(Regarded as one of Rod's finest songs.)

The next 6 tracks are on this embedded p0layer form Bam Bam Music Productions on Soundcloud and include the following tracks -
https://soundcloud.com/bam-bam-music-productions


Another 6 Tracks uploaded to Sound Cloud by Dave Cooper of  Dando Shaft
https://soundcloud.com/dave-cooper-32

Rod Felton Live in the noughties