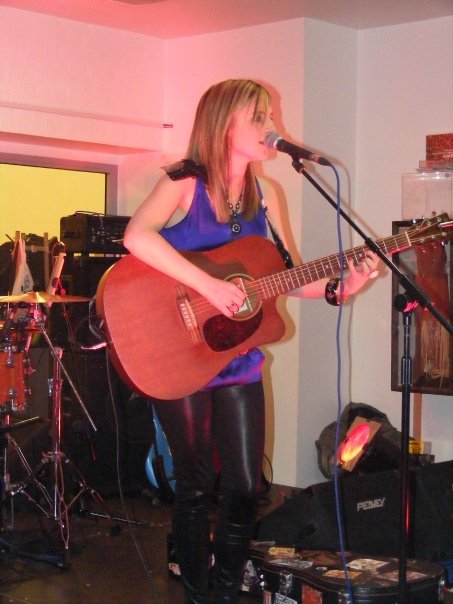 Kristy Gallacher is one of the new Coventry singer songwriters / acoustic players who has forged a successful solo career both on the Coventry acoustic circuit and around the country, supporting some amazing and sometimes high profile artists, like Eric Clapton.

Biography (From her Website)
"Kristy Gallacher is a guitarist, poet and songwriter from Coventry, England. Being somewhat disillusioned and fiercely independent, in 2008 at the age of 21, Kristy decided to join the D.I.Y ethos. She formed her own independent record label Broken Player Records (www.brokenplayerrecords.com), signed herself and has been self sufficient ever since. Each subsequent release has been on the label. A prolific songwriter, she is continually songwriting her way through life and regularly tours on the acoustic circuit to audiences across the UK. With a strong live presence of carefully crafted songs and exciting fresh guitar work Kristy continues to grow and expand her loyal fan base.

In addition to her own shows she has supported Ed Sheeran, Micheal Chapman, Scott Matthews, Glenn Tilbrook (Squeeze), Mr Big, I Am Kloot's John Bramwell, Miles and Erica (Wonderstuff) Mark Morriss (Bluetones) and Nerina Pallot. Kristy has just finished recording her second full album called 'Spinning Plates' which is due for release on 31st March 2012. The title track of Kristy’ s 2008 debut album ‘Emotional Gun’ has been selected for the British Library Project which achieves significant new music.

In May 2010 Kristy won the LG Arena's singer/songwriter competition and played before Eric Clapton, Steve Winwood and John Mayer on separate nights at the LG Arena in Birmingham. Subsequent to the competition win, she was invited back to the LG Arena's Forum live to play before Elton John, Paul Weller & Roxette.

2009 saw Kristy's first live CD. It was recorded (by Nova Music) at the historic Troubadour, Earls Court, London. She also has formal musical training with a degree in Music Composition gained at Coventry University.

.......................
Reviews
"Channelled an amazingly tender singing voice, Kristy Gallacher songs of bitter-sweet heartbreak stand her out as one of the best singer songwriters in London." - Troubadour - Earls Court, London


"KRISTY GALLACHER - A solo singer/ songwriter from Coventry who's silky tones compliment her magical songs to produce an artist who is surely set for big things. You may hear some likeness to KT Tunstall or Suzanne Vega but we think even with these big name sound-a-likes she stands out as an individually talented and classy act." - TML - London

“Mixing accomplished finger-picking guitar skills with vocals that manage to sound both fragile and defiant, Kristy is a storyteller with a poet’s heart.” - Emma O’ Sullivan - Electric Banana

"She plays like Bert Jansch and sings like a cooler version of KT Tunstall." - Icarus Club, London

“Each song feels like poetry set to music, the difficult mixture of rhymes, half rhymes and internal rhymes being pulled off to perfection but never feeling overplayed or twee.” Frankie Brittain - Back Street Indie

"Kristy Gallacher has 'it' a genuine, heartfelt ability to play and sing her own original material in her own ‘voice’ with the simple accompaniment of her own guitar playing. That’s what ‘it’ is about and excuse me but she does it to perfection." Paul Villiers - Americana UK

"Kristy Gallacher has a fantastic voice and a fantastic collection of songs - all bruised, streetwise defiance. Singing in a voice like crushed petals she managed to do what the very best songwriters do - let you glimpse her soul and see yourself reflected in its surface." The Bomb Factory

"A talented young singer songwriter - Kristy Gallacher. Her songs all tell an evocative and heartfelt story with great wit, ingenuity and rhythm. I was truly blown away with them and the new full band versions on her album are astounding." Trev Teasdel - Hobo - Coventry Music On-Line music magazine.

Kristy's Albums - You can buy them from her store - http://www.kristygallacher.com/store.html 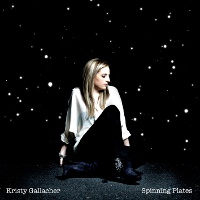 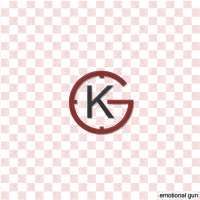 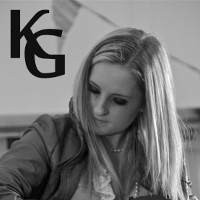 Kristy was on with Seasick Steve and Ben Calvert. Wayne concluded " At the end of the show the audience definitely wanted more. The encore of This Party Is Over was the perfect ending to the night, and Kristy and the band left with smiles on their faces and on ours, and with loud applause ringing around the Studio space."

Kristy, you seem to be highly regarded and popular on the Cov Scene but how did you get started - 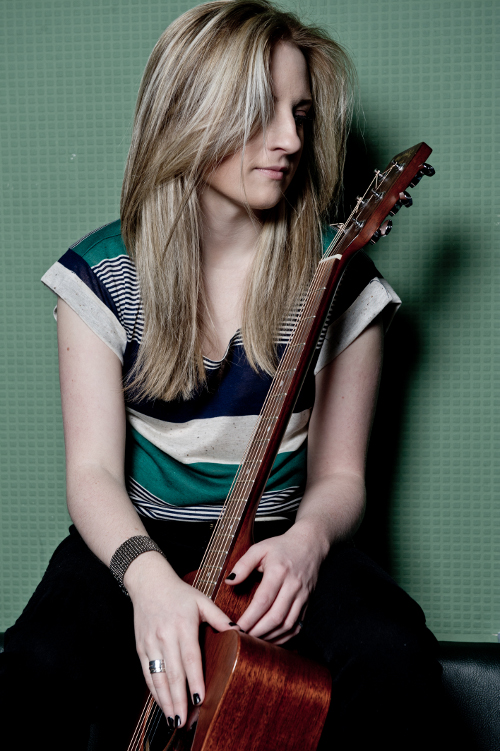 what inspired to give it a go?
I just love playing and playing a few open mics at the age of 16 seemed to lead from gig to gig and I haven't really stopped since. Having just turned 22 I'm enjoying it more now!

You have a great guitar style or rather styles. How did that develop, what were your influences?
I think just playing in general will shape and develop your own style. I learnt with Clive Layton a truly brilliant Coventry musician for 7 or so years, teaching me songs I love and different techniques. In the last year or so I have been playing with Dave Bennett a fantastic and well respected ragtime player based in Coventry. Dave has had me listening to Mississippi John Hurt, Reverend Gary Davis, Joan Baez just to name a few and i have enjoyed experimenting mixing them all and playing in a completely different style out of my comfort zone.

You have a distinctive songwriting style, as if the listener is privy to an interesting but private conversation, or even the recipient  It kind of draws you in and involves you in the song. Tell us about how that developed, the influences etc.
From the Music I enjoy listening to, Tori Amos, Shawn Colvin, Suzanne Vega they all have very distinctive writing styles and certain 'tricks' that pop up from song to song. It's quite a natural development for me, i don't think you can force that type of writing because everyone's style is different and if it is forced it doesn't sound natural and therefor untrue. I write from the heart from things i have experienced or have witnessed.

You have a folk style delivery in your live performances but on your new album - Emotional Gun - I noticed a developing jazz ballad style delivery that was full of potential. Is that a conscious direction or influence?
The Jazz style tracks on the album were all written in the same time period where i was listening to a lot of Madeleine Peyroux and Diana Krall at the time learning their songs and this was reflected in my writings at the time.

You've obviously worked hard on your live performances, how hard has it been to get regular gigs and build up your reputation, and does yet extend outside the Coventry area?
Like I said before I have been very fortunate and one gig seems to lead to another, venues in the area are constantly changing and am very thankful for the support that has built up in the West Midlands area of people coming to gigs. I am branching out further though and have a gig at the Regal Rooms, Hammersmith, London on the 29th August.

What would make a difference now, both in terms of the Coventry scene and in career opportunities for your music?
I have just graduated from a Music Composition Degree at Coventry University and am now set up as a full time Professional Musician so in career terms I am very fortunate to be able to do what i love doing. I am also a promoter in Coventry and have two weekly nights, one at the Earlsdon Cottage and one at the Tuns  The Coventry scene has been very kind and supportive to me and by putting nights on in the city I hope to be giving a little back.